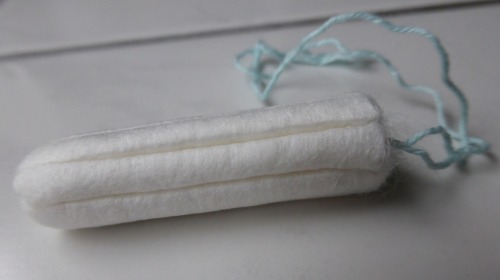 The ‘tampon tax’, chances are you’ve heard of it, as part of the GST Act 1999, a 10% taxing of ‘luxury’ menstrual products was introduced.

The ‘tampon tax’ includes items such as pads, liners, tampon and menstrual cups but items such as condoms and male razors are exempt from tax as they’re essential health items.

The only thing that amuses me about this tax is imagining the reaction of people in support of this tax seeing a woman free-bleed, something about it just makes me think that could sway some points of view.

In the words of Russel Howard, “no woman has ever inserted [a tampon] and gone, ‘Oh I am spoiling myself'”.

This tax is nearly as old as me, so for every single period I’ve ever had the Australian Government have been profiting off my body’s natural process.

What a load of crap.

The ‘tampon tax’ brings in approximately 30 MILLION DOLLARS PER YEAR, every year since it began in 2000.

The thing about this tax is, it’s blatantly sexist.

This is a tax targeting women, and revenue loss is not an adequate excuse for sexism.

For 18 years this tax has been evidence that our government really don’t care about women, not only was it introduced to start with but every single time an amendment has been introduced to the House of Representatives it has been knocked back.

In April, Labor pledged that if they are elected they will scrap the ‘period tax’, but have repeatedly voted against its removal.

Additionally, Labor had six years in power after the tax was introduced but they did nothing.

It’s all talk, our politicians from both the Labor and Liberal parties are more than happy to use the tax to gain votes and support, but when it comes down to it neither party have actually done anything.

Words mean so little, the longer this tax goes on, the longer our periods are profited off.

Members of the Greens have introduced bills (twice in the last two years alone) to scrap the tax on menstrual products, but have yet to gain the support of the Labor and Liberal parties.

On Saturday (the 4th of August), Minister for Women, Kelly O’Dwyer called on state and territory governments to scrap the tax.

However, the same procedure still stands from when Joe Hockey and Tony Abbott made similar comments in 2015.

There is no legal barrier to the federal government changing the base or rate of the GST without state and territory permission.

While it would not be a decision made lightly, it is possible and claims that suggest otherwise are misleading and an attempt to distract from action that could be taken.

Don’t be deceived, if O’Dwyer and the Liberal party wanted the tax gone and the revenue replaced, they could do it.

Just something to keep in mind while we keep listening to words and waiting for action.