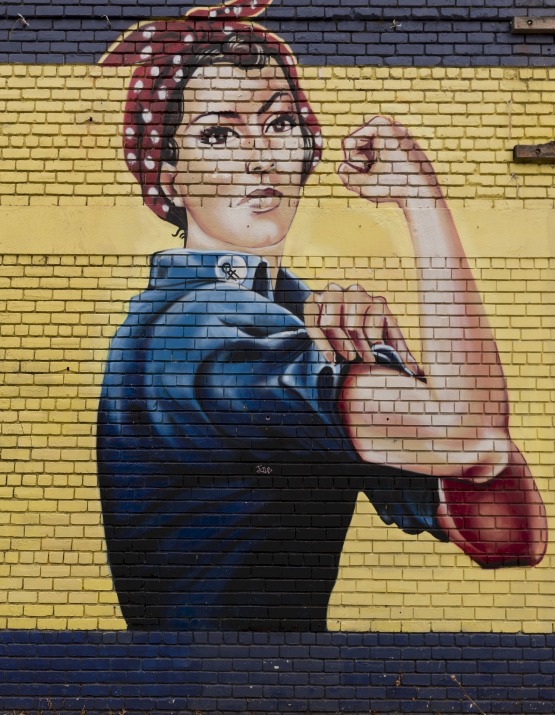 Considering it’s in the name of my blog, I figure this is as good a place as any to start.

When I learnt what a **feminist** is, I never experienced any hesitation to label myself as such, I mean, of course I want women to be equal to men.

It didn’t make much sense to me (and really, still doesn’t) that people, especially women, could be so hesitant to call themselves a feminist.

Without the feminist movement and all of the women within it who marched, fought and set their bras alight for our rights and our freedom, we wouldn’t be the people with the opportunities that we have.

So who are any of us to try to separate ourselves from that?

Feminism is not a dirty word.

The thing is I get that we get a bad rap as a result of Facebook memes making us out to be crazy men-haters, but there’s nothing that frustrates me more than hearing anything along the lines of ‘yeah I think everyone should be equal but feMINISM?? Nope not for me, that’s a bit much’.

So let’s debunk a few myths:

We don’t hate men
There are crappy men in the world just as there are crappy women but that doesn’t reflect on everyone. We’re here for men too – we want to see boys grow up without pressures of toxic masculinity and become well-adjusted accountable people because we believe they can.

There’s no bra-burning on the agenda
We don’t have to because of the women who came before us (and also bras are hella expensive and I don’t know about you but, I’m an F cup and I’m not trying to ruin my back)

We aren’t a lesbian cult
That’s a whole separate thing I’m sure you can find if you’re into that kinda thing.

Feminists aren’t just women
A feminist is anyone who wants to see equality in our society.

Feminists aren’t all the same
Amazingly, we’re all individual people from different backgrounds with different experiences, sexualities, ideas and identities.

So what is a feminist?

The first definition of feminism in the Merriam-Webster dictionary (or more popularly the beginning of Beyoncé’s Flawless) is; the theory of the political, economic, and social equality of the sexes.

There really isn’t much more than that, other than to recognize that if your feminism isn’t intersectional, it isn’t feminism.

Meaning, feminism isn’t just about middle class white women, we must always consider the way other factors intersect with gender, such as race, sexuality, class and disabilities.

So together now we’re making a pact to avoid ‘white feminism’ (which, as the name suggests focuses solely on the struggles of white women, specifically upper-middle class straight cis white women) at all costs and to never speak over (or speak for) women with experiences different to our own.

Amplify, don’t insert yourself into the narrative.

For me, feminism opened up a whole new world, a world in which I’m not ‘bossy’ or a ‘bitch’ for being assertive, a world where I can talk about my period because (and I know this might come as a shock, it did for me) periods aren’t gross, just your beautiful healthy body doing its thing!

There’s absolutely no shame in being a feminist whatsoever, we should all be feminists and scream it from the top of our lungs!

Let’s all be hyper-feminists together!